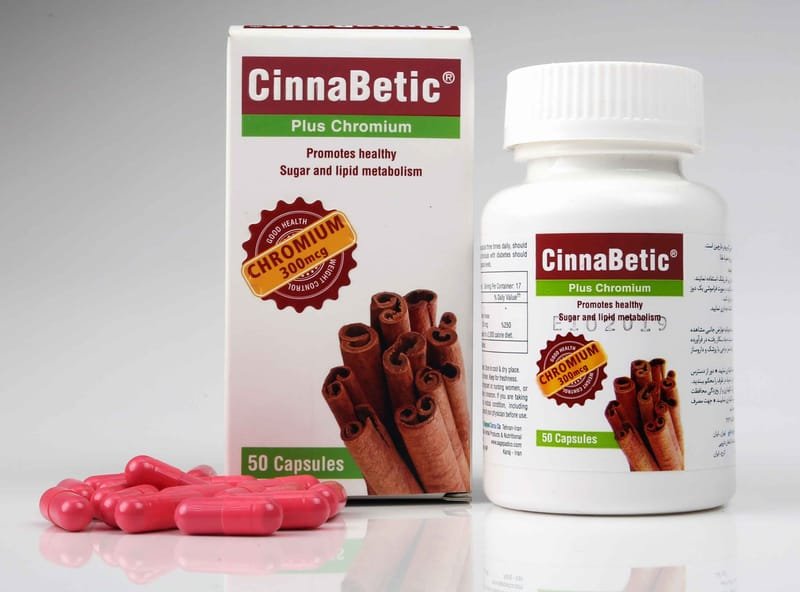 Cinnamon is best known as a spice, sprinkled on toast and lattes. But extracts from the bark of the cinnamon tree have also been used traditionally as medicine throughout the world. Some research has found that a particular type of cinnamon (Cinnamomum verum), may lower blood sugar in people with diabetes.

In one study, volunteers ate from 1 to 6 grams of cinnamon for 40 days. The researchers found that cinnamon cut cholesterol by about 18% and blood sugar levels by 24%.

Results from a clinical study published in the Diabetes Care journal in 2003 suggest that Cinnamon bark improves blood glucose and cholesterol levels in people with type 2 diabetes, and may reduce risk factors associated with diabetes and cardiovascular disease.

A daily intake of just 1, 3, or 6 grams was shown to reduce serum glucose, triglyceride, LDL or bad cholesterol and total cholesterol after 40 days among 60 middle-aged diabetics.

Another study reported in the July 2000 edition of Agricultural Research Magazine found that consuming just 1g of cinnamon per day can increase insulin sensitivity and help manage or reverse type 2 diabetes.

As a result of the scientific evidence available, many health experts claim that cinnamon contains properties that are beneficial for blood sugar regulation and treatment of type 2 diabetes.

Angiogenesis inhibition, antiproliferative, and immunomodulatory effects have been demonstrated leading some researchers to suggest value in screening cinnamon for anticancer effects. A stimulatory effect on human osteoblast cells has been demonstrated as well as some estrogenic activity. A dose-dependent neuroprotective effect was demonstrated in rats with glutamate-induced neuronal cell death.

Chromium is of interest to people with diabetes as it has been suggested that Chromium could be particularly suitable for lowering blood sugar levels. Chromodulin is believed to enhance the signaling activity of insulin after insulin binds to the cells of the body. The enhanced signaling activity of insulin would result in increased uptake of blood sugar by cells, thus decreasing the level of sugar in the blood.

Use in Pregnancy and Lactation

Data are insufficient for adequate risk-to-benefit analysis. Generally recognized as safe when used in food.

Cinnamon usually causes no side effects. Heavy use of cinnamon may irritate the mouth and lips, causing sores. In some people, it can cause an allergic reaction. Applied to the skin, it might cause redness and irritation.

Very high quantities of cinnamon may be toxic, particularly in people with liver problems. Because cinnamon may lower blood sugar, people with diabetes may need to adjust their treatment if they use cinnamon supplements. An ingredient in some cinnamon products, coumarin, may cause liver problems; but the amount of this compound ingested is usually so small that this wouldn’t happen for most people. Given the lack of evidence about its safety, cinnamon -- as a treatment -- is not recommended for children or for women who are pregnant or breastfeeding.

Use caution if you also take other supplements that lower blood sugar levels, including:

Take 3 capsules daily, preferably with a meal for maximum results, or as directed by your healthcare provider.

Store in the original package in order to protect from light, at room temperature (15-30 °C).